The Point: God deserves our loyalty and service.

The Milwaukee Bucks recently won the NBA championship. It was their first title in 50 years. Giannis Antetokounmpo scored 50 point for the Bucks in the championship game when they defeated the Phoenix Suns.

CBS sports writer Colin Ward-Henninger wrote this about Giannis – “Perseverance. Courage. Selflessness. Giannis, the Finals MVP, displayed all of the qualities of a literary hero over the course of the 2021 playoffs, bouncing back stronger and more determined following a potentially season-ending injury. But there’s another heroic quality, one that’s become increasingly unique in the modern sports landscape, that perhaps stands out above the rest. Loyalty.”

The writer used “loyalty” to describe Giannis because he had signed an extension to his contract with the Bucks before the 2020-2021 season started. He said, “This is my home, this is my city.” Giannis’s loyalty is notable because it is much more typical for rising superstar players to make a move to a new team once they have gained success and higher contracts are offered in other cities.

After winning the title game, Giannis said, “It’s easy to go somewhere and go and win a championship with somebody else. It’s easy. I could go to a superteam and, you know, just do my part and win a championship. But this is the hard way to do it and the way we were going to do it. And we did it.”

Say: Giannis Antetokounmpo showed his loyalty to the Milwaukee Bucks when he renewed his contract rather than looking to better paying contracts with other teams. Then call attention to Question #1 (Where to you see loyalty demonstrated in our culture?) and invite volunteers to respond.

In advance, play a video clip that gives an example of loyalty. Then ask Question #1.

The Gallup company has been conducting public opinion polls about Americans’ religious ideas and habits since 1937. This year, for the first time since 1937, the proportion of Americans who consider themselves to be members of a church, synagogue, or mosque has dropped below 50 percent. The Gallup poll also showed that the number of people who said religion was very important to them has dropped to 48 percent – this is a new low point in their polling since 2000. Ryan Burge, an assistant professor of political science at Eastern Illinois University and a pastor in the American Baptist Church, commented on the Gallup polling, explaining that for some Americans, religious membership is viewed as a relic of an older generation.

Say: While church membership is just one aspect in thinking about a person’s faith, the Gallup poll data does seem to show that people’s loyalty to their local churches is on the decline. Then call attention to Question #3 (How do you know when your loyalty to God is waning?) and invite volunteers to respond.

Are All Religions the Same? 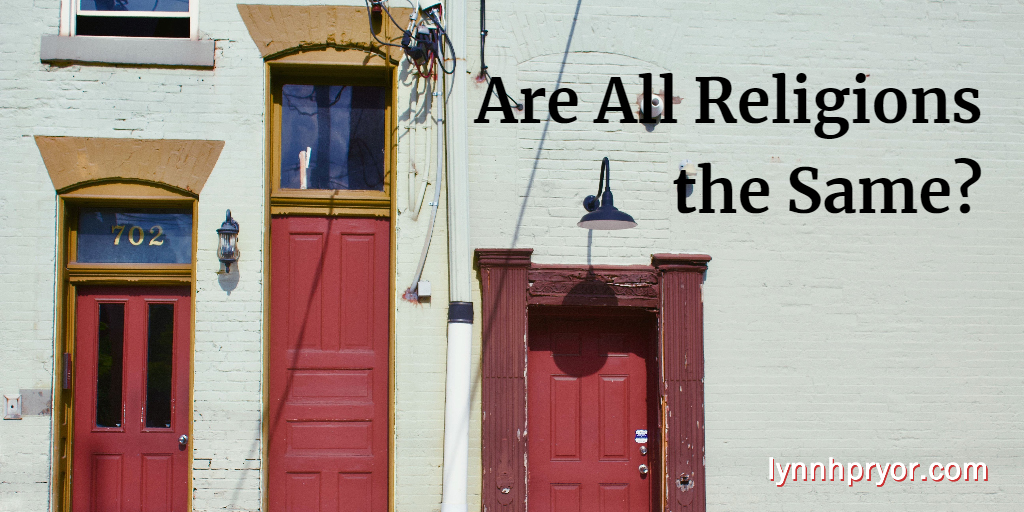