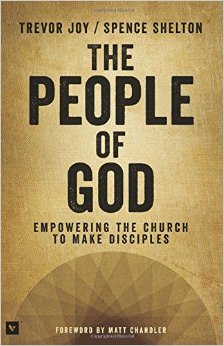 Our oldest son, Zeke, was born on August 8, 2008. I know: 8.8.08 makes it pretty easy on us to remember! He was born literally 30 minutes before the start of the opening ceremonies of the 2008 Summer Olympics in Beijing. So my wife and I sat there in the hospital room as brand-new parents, hanging out with our little boy, watching the opening ceremonies. I sat there with him and introduced him to the world as each team proudly waved their country’s flag while being introduced during the traditional parade of nations that happens at every opening ceremony.

There in the opening ceremonies, each nation’s representatives are dressed in clothing designed to reflect something distinct about their country. These athletes show great pride as they represent their countries to the entire world on that night. The host country also gets the chance to put on an opening show that introduces the world to their heritage and culture. Anyone who saw the ’08 opening ceremonies will easily recall the vivid imagery on display as the world was introduced to the China of yesterday, today, and tomorrow.

The opening ceremonies of the Olympics remind the world that it is not just an alphabetical drop-down list of countries with different names. Each nation has cultural distinctives like language, shared history, and traditions that set them apart from other nations. In the opening ceremonies, we get just a little taste of these from around the world.

The Bible uses the wording “new people” to describe the people of God. First Peter 2:9–10 says:

But you are a chosen race, a royal priesthood, a holy nation, a people for his own possession, that you may proclaim the excellencies of him who called you out of darkness into his marvelous light. Once you were not a people, but now you are God’s people; once you had not received mercy, but now you have received mercy.

If you read all of 1 Peter 2, you will find that the Christian community is given many descriptions, but this idea of a new people—God’s people—stands out. It drives home an idea that I don’t think many in America understand. Salvation was intended for a group, not an individual. The Bible primarily teaches that Christ died for a people, not a person. Now, you can’t have a “people” without persons, so I am not discounting the individual act of repentance and faith that comes in response to hearing and believing the gospel. The Holy Spirit indeed saves you personally, but the Scriptures seem to focus on the salvation and creation of a new people.

This is an excerpt from The People of God by Trevor Joy and Spence Shelton (B&H, 2014).