The Point: Jesus died for our sins, rose again, and reigns as Lord.

Use the following illustration and discussion questions to help your group engage the major theme of this session.

Mission statements. We’ve been hearing that term more and more in our culture over the years, usually from larger organizations. According to a recent article from Business Insider, Companies like Apple, Google, and Facebook all have fairly recognizable missions. And they’re recognizable for one reason: those companies are doing exactly what their mission statement says they should be doing.

Those companies have a laser focus on their mission, and they’re successful because of it.

But what about in our own lives? After all, companies aren’t the only entities that need mission statements. As individuals, we may have our mission statements — and as Christians, we’ve received the Great Commission, which is the greatest mission statement of all. What mission could be greater than to go and spread the news about Jesus Christ to the ends of the earth?

Yet, how easily we forget. How easily we allow our personal priorities to usurp the place of our holy calling.

— Ashley Emmert wrote this Leader Extra. She is a freelance writer and editor who lives in the suburbs of Chicago with her sweet Southern husband and their small scrappy dogs. Find her at ashleygraceemmert.com or on Twitter @ashgemmert. 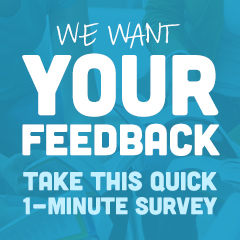 As you discuss the three “Live It Out” options (PSG, p. 104), use the following information to supplement your discussion, especially for the second option, “Share”:

In the Annual Church Profile report, compiled by Lifeway Christian Resources and released in June 2016, the results are mixed. In the good news, the figures show that mainly because of church planting efforts, the number of Southern Baptist churches increased in 2015. The figures also show that Southern Baptist churches experienced an increase in total giving. The report is not so favorable in other areas. There are declines in the numbers for church membership, average worship attendance, baptisms and missions giving. The number of baptisms in our Southern Baptist churches have fallen eight of the last 10 years. Lifeway president Thom S. Rainer, commented on the report, saying, “People underestimate the importance of momentum. It only takes a few people in each church, being intentional about sharing their faith, for some new momentum to build.”

Say: God never intended for sharing our faith to be a task assigned only to the church staff – God calls all believers to be bold in sharing the message of salvation.

When has a message had the power to impact the world, either positively or negatively? What was the message? The impact?

What message has the power to stop you in your tracks?

How do you avoid getting sidetracked during an important task?

Why is it essential to declare no only that Jesus died for our sins but that He also rose from the dead? Why can’t we skip that part of the message?

How does Peter outline the gospel in this passage?

Why do you think Peter emphasized the resurrection in his message to a Jewish audience?

Who or what else do we serve each day?

How does holding Jesus as King above all change the order of our priorities?

What evidence does Peter give of the truth of his message?

What do you find comforting or encouraging in these verses?

How did the people respond to Peter’s message in verse 37?

From Peter’s message, what facts do we learn about Jesus?

What was Peter encouraging people to do?

Why is calling for a response such an important part of sharing the gospel?’

Deciding in This Season of Indecision