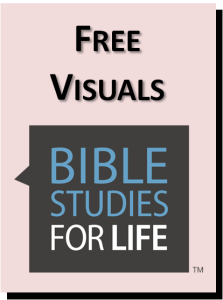 DISTINCT: LIVING ABOVE THE NORM

SESSION 4: DISTINCT IN MY RELATIONSHIPS

The Point: Hold on to purity at all costs.

Read this article about new years resolutions as a way to kick off your group’s conversation about purity in relationships: http://time.com/4151909/new-year-2016-resolutions/.

Every New Years Eve, people around the world resolve to be better in the coming year. They promise themselves that they’ll eat healthier, make smarter decisions, save more money, be cleaner, and more. Those promises are made, mostly, to themselves. Resolutions are famous for being made in December and abandoned by January, when real life sets in and commitments start getting more difficult to manage. Thankfully, most resolutions are fairly harmless to abandon, or at least to put down with the hopes of picking up at a later date. We don’t break a promise, sever a relationship, or sin against God when we break most resolutions—for example, keeping your house cleaner would be great, but it’s okay that it’s gotten messy by January 30th.

The resolutions we make to one another in marriage, however, are of a different kind. In marriage, we promise to love one another, support one another, and be faithful for as long as we both shall live. In this session, we explore what Jesus has to say in verse 31 about faithfulness in marriage—and He doesn’t beat around the bush. He uses the image of cutting out your own eye if you finding yourself checking out other people, making our minds equally as important as our actions in our purity and faithfulness.

Ashley Emmert wrote this Leader Extra. She is a freelance writer and editor who lives in the suburbs of Chicago with her sweet Southern husband and their small scrappy dogs. Find her at ashleygraceemmert.com or on Twitter @ashgemmert.

Use this idea to supplement Question #2 (“What are the dividing lines between ‘pure’ and ‘impure’ in today’s world?”)

Begin by asking Question #2 and inviting volunteers to respond.

The “Python Challenge” is underway in Florida. It started on January 16 and runs till February 14. More than 500 snake hunters have registered to hunt the Burmese Pythons that live in the Florida wetlands. These snakes, native to Southeast Asia, are among the largest in the world, and they do not belong in the Everglades or any other part of the state.

The Burmese Python is “wreaking havoc on one of America’s most beautiful, treasured and naturally bountiful ecosystems,” said Marcia McNutt, the U.S. Geological Survey Director. “Right now, the only hope to halt further python invasion into new areas is swift, decisive and deliberate human action.”

Florida wildlife officials designed the Python Challenge as a way to remove as many of the giant snakes from Florida as possible and to protect the wetlands from the destruction caused by the snakes. The Python Challenge organizers have instructed the hunters to bring the snakes in dead or alive. The hunters usually catch the snakes with their bare hands. They are prohibited from using traps, bait, explosives, chemicals, smoke or motorized tools in capturing the snakes.

These Burmese Pythons began living in the Florida wetlands in 1992 when they escaped from a breeding facility during Hurricane Andrew. Left unchecked, these invasive snakes are wiping out the raccoons, rabbits, and opossums that are native to Florida wetlands.

Say: “Doing nothing” is not an option in the fight against the large snakes invading Florida’s wetlands. Wildlife officials are taking decisive action in enlisting hunters to help in the battle to find and rid the wetlands of the invasive snakes.

Say: As believers, we too face a battle as we fight to keep impurity out of our lives. Like the pythons in the Florida wetlands, left unchecked and allowed to increase, impurity is terribly destructive in the life of the believer.

Then continue with the lesson as you guide learners to walk through the “battle plan” for seeking purity (PSG, p. 104-105).

Do you crave or avoid silence? Explain.

What do you go to great lengths to protect? Explain.

What’s the most silent place you’ve ever been? Explain.

What’s the loudest place you’ve ever been? Explain.

How does Jesus raise the bar on what is right?

What are the dividing lines between “pure” and “impure” in Scripture?

What was Jesus’ point in using such strong imagery in verses 29-30?

Jesus shifts the focus from external behavior to internal thoughts. What happens when we only focus on external morality and ignore our inner thought life?

Is purity a condition of the heart? Explain.

Why must temptation be dealt with swiftly and radically?

How is marriage reflective of God’s Kingdom?

Who do you look to as a model of faithfulness?

What are the implications of Jesus’ words for those who are single or married?

How would you explain God’s design for purity and marriage to someone who isn’t a Christian? What’s at the heart of God’s plan?

What advice could you give to a newly married, young couple regarding success in marriage?

The Number One Secret in America